‘In certain species, poaching… has actually decimated the populations’

slotomania gamesgames It was the oddly shaped bulges in the man’s pants that first drew the attention of the border guard working at the Windsor-Detroit Tunnel.

And it was the subsequent investigation that revealed 51 live turtles taped to the man’s body that put a spotlight on the turtle smuggling world.

Now, CBC has obtained statistics from Canada Border Services showing agents have seized 117 turtles and tortoises at the Windsor-Detroit border crossings in the past five years in three separate incidents.

One was the well-publicized case of Kai Xu who had 41 strapped to his legs and another 10 stowed between them, according to an affidavit from a special agent with the U.S. Fish and Wildlife Service outlining the criminal complaint in 2014. 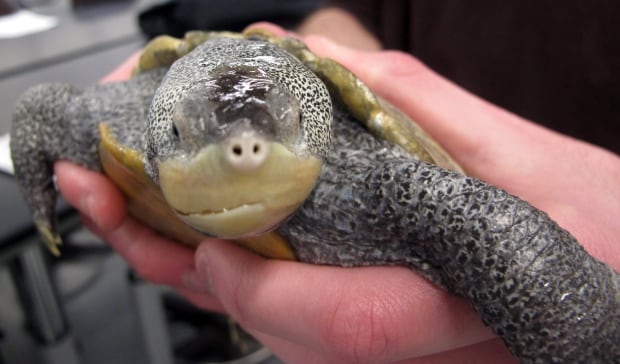 Diamondback terrapin turtles, like the one in this file photo taken at the Marine Academy of Technology and Environmental Science, were bagged and taped to a Windsor man’s leg as he tried to smuggle them into Canada. (Wayne Parry/The Associated Press/File Photo)

CBSA did not provide any other details of those incidents.

« Import of exotic wildlife is an ongoing concern as species may contain various diseases that may prove detrimental to our domestic wildlife and equally important is the conservation status of the species, » stated CBSA spokesperson Tim Armaly in an email. « Although what is being detected entering Canada is captive bred, we continuously encounter wild-caught specimens that are highly endangered and not allowed in trade. »

In Xu’s case, border agents seized several North American species including eastern box turtles, red-eared sliders and diamondback terrapins, some of which can sell for up to $800 each, and turned them over to the American authorities.

Xu pleaded guilty to attempting to smuggle thousands of turtles from southeastern Michigan to China and was sentenced to nearly five years in federal prison.

Conservationists say the top threat to turtles in Ontario is habitat loss, but it’s clear that poaching and smuggling is having an effect.

« In certain species, poaching — and often it’s poaching for the pet trade — has actually decimated the populations, » said Sue Carstairs, executive and medical director for the Ontario Turtle Conservation Centre, which operates a turtle hospital in Peterborough, Ont. and runs education programs.

She said conservationists are particularly concerned with the reduction in numbers of wood turtles, spotted turtles and Blanding’s turtles which are all endangered in Ontario, as well as the spiny turtle which is a « threatened » species in Ontario. 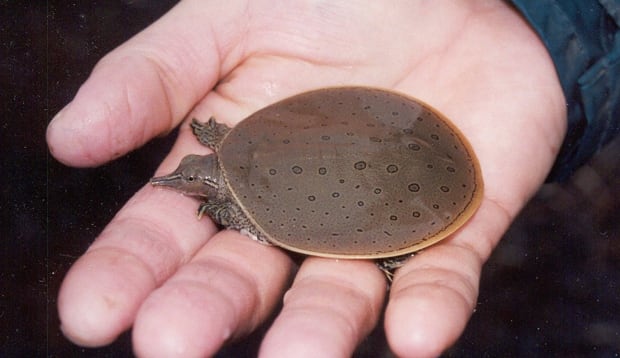 The spotted and wood turtles are « placid, small and gentle » turtles that are valued as pets while the spiny software and snapping turtles are poached for the food industry both here and for smuggling abroad, said Carstairs.

She applauds the Ontario government for banning the hunt of snapping turtles this year and said, some people have turned away from eating the reptiles after being educated.

« A lot of people that used to eat snapping turtles would come to our presentation and say, ‘We didn’t know they were at risk. We won’t do it anymore. We don’t need to eat them,' » said Carstairs.

Meanwhile, the CBSA declined to discuss the methods used to smuggle the animals across the border.

with files from the Associate Press

Posted On 23 septembre 2015
Police arrested a man trying to sell endangered snapping turtles to a Chinese grocer in Limón on Sunday. The suspect, identified with the last name…