ivermectin oral tablet for scabies Aubervilliers As temperatures drop, crews with the National Park Service are working hard to save the lives of cold-stunned sea turtles.

La Ligua gay matchmaking near mira mesa ca « We have been on the lookout for cold-stunned turtles since early December, » she said. « We are continuing to search and rescue these animals so that they may be immediately rehabilitated. »

If not rescued, the turtles’ lives can be in danger.

« The green back turtles are a threatened species and, despite their numbers growing, we are now seeing their breed cold-stunned every year, » Shaver said. « They can be attacked by predators and even be hit by boats that are in the water. » 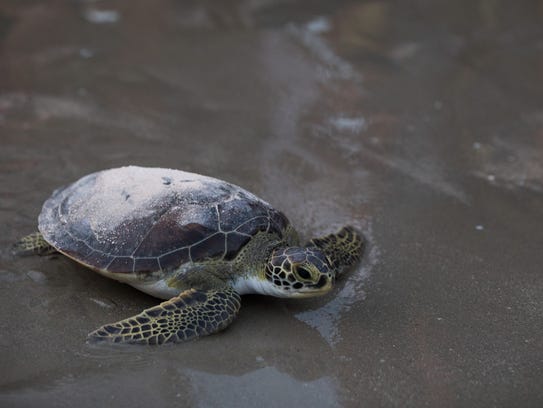 A green sea turtle with the ashes of oceanographer Tony Amos is releasing during a public memorial at Tony Amos City Beach in Port Aransas on Saturday, Sept. 30, 2017. (Photo: Courtney Sacco/Caller-Times)
The park service has teamed up with the U.S. Fish & Wildlife Service, Sea World – San Antonio, Texas State Aquarium, The Ark Wildlife Rescue and Rehabilitation and other local organizations to find, document and stabilize the green back sea turtles.

« Our teams are working so hard right now, » Shaver said. « Some of them are out in the water on boats, where the wind chill is frigid, while others are walking along the shoreline in search of the turtles. We appreciate all of them. »

Once the turtles are rescued by teams, they are sent to rehabilitation. After receiving treatment, they will be released into the Gulf Stream where waters are deeper and warmer.

« When we find live cold-stunned sea turtles in the water, there is a good chance that they will survive, » Shaver said.
http://www.caller.com

Fate of turtles and tortoises affected more by habitat than temperature

Posted On 23 septembre 2016
Habitat degradation poses a greater risk to the survival of turtles and tortoises than rising global temperatures, according to new research. More than 60 per…

Habitat is a crucial factor in survivability of released tortoises

Posted On 2 septembre 2016
Date:August 31, 2016 Source : Zoological Society of San Diego Summary : A team of wildlife experts has analyzed the effect of habitat quality on…

Mystery in a shell

Posted On 23 mars 2017
Turtles are a special kind of animal. Kids seem to grow up loving their occasional turtle encounters and don’t mind waiting for long periods of…