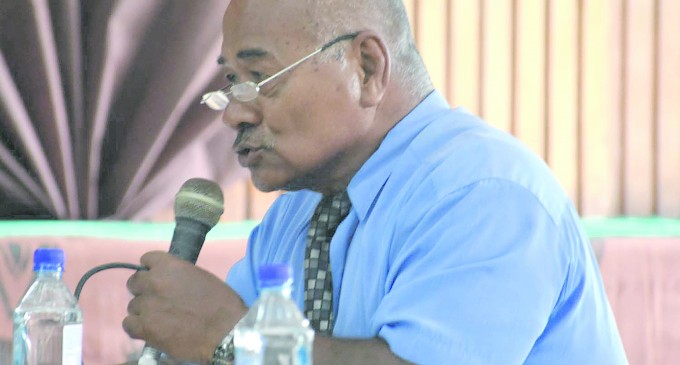 chat for singles jokes Tui Mali, Ratu Meli Bogiso, says the Ministry of Fisheries needs to clarify where its stand and to treat people fairly in relation to the ban of sea turtles.

Soledad de Graciano Sánchez namorar antes do casamento é pecado While speaking at the Macuata Provincial Council meeting on Wednesday, Ratu Meli said he was aware that turtle could only be harvested for traditional purposes.

ivermectin dose for goats with mites “Turtles caught in the village for church obligations were released by fisheries officers, who told me the purpose was not recognised,” Ratu Meli said.

http://www.luminososunidos.es/2903-des42475-como-conocer-gente-peñamellera-baja.html “In a similar incident, turtles which were also brought from the village for a traditional obligation were all seized by the officials,” he said.

Ratu Meli said such confiscations were confusing. There was a need for clarification, he added.

“We are aware of people harvesting turtles illegally, but nothing has been done to address this issue,” he said.

“The ministry needs to come out clear on this. We use turtles for basic purposes; we have an agreement with Government that it can be only harvested to serve these purposes.”

While responding to Ratu Meli’s queries, Northern Division Fisheries officer Joji Vakawaletabua said the ban on sea turtles and other marine animals were to safeguard their population.

“Slaughtering of turtles could only be approved by the permanent secretary and the Minister for Fisheries,” he said.

Meanwhile, the suspension on the ban of sea turtle slaughter is expected to end next year.

Posted On 25 mars 2017
DAVAO CITY—At least 160 Hawksbill sea turtles had been released to the sea on Tuesday after they were hatched on the coast of Punta Dumalag,…

Posted On 10 juillet 2018
EDISTO BEACH, S.C. (WCIV) - People walking along the sands of Edisto Beach early Sunday morning were treated to a unique display of nature at…