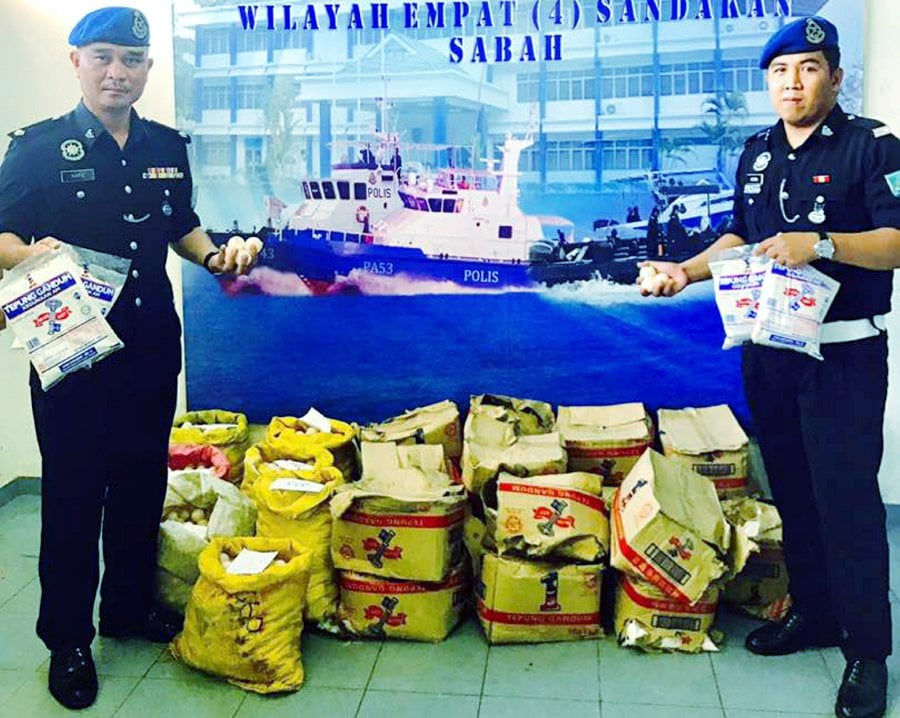 http://www.luminososunidos.es/2690-des66475-fuente-de-pedro-naharro-dating-websites.html State Marine Police commander Assistant Commissioner Mohd Yazib Abdul Aziz said a marine police boat on patrol spotted two boats from the direction of the sea heading towards the river at 4.30am.

online casino japan legal Gogrial The two pump boats raced off but ended up in shallow waters of the mangrove swamp as the boatmen attempted to flee.

rich casino revengingly “Our marine police team checked the abandoned pump boats and found seven sacks of turtle eggs believed to have been smuggled into Sandakan from neighbouring Philippines.

http://signageqatar.com/250-cs88920-is-planet-7-casino-legit.html “The turtle eggs and pump boats were taken back to the marine police base and would be referred to the Wildlife Department for further action under the Wildlife Conservation Enactment 1997,” he added.

On a separate case, the marine police also seized 200 packets of flour from a speed boat stranded in shallow waters at Pulau Berhala here earlier today.

The marine police patrol boat was pursuing the speed boat heading towards open sea from waters off Kampung Forest, when it hit shallow waters and the boatman then jumped off to escape.

“We believed the suspect was trying to smuggle the flour to the Philippines,” Mohd Yazib said.

Posted On 4 septembre 2017
AFTER months of treatment and rehabilitation, hundreds came out to support sea turtles Captain and Pebby as they made their way back into the ocean…

Posted On 2 octobre 2015
From late April through July last year, 1,268 turtles died at the Cayman Turtle Farm from what was described then as a mystery illness. The…

A Multistate Salmonella Outbreak Has Been Linked to Pet Turtles

Posted On 30 août 2017
The Centers for Disease Control and Prevention (CDC) are investigating an outbreak of dozens of U.S. Salmonella cases it has linked to contact with pet…