It was a sight lobster and tuna fisherman Lorne Bonnell had never seen before — in mid-August, the North Lake fisherman spotted more than a dozen leatherback sea turtles in the water about 10 kilometres off the coast of P.E.I.

The endangered turtles are known to migrate to the waters of the southern Gulf of St. Lawrence and the Northumberland Strait at this time of year to feed on jellyfish, according to the Department of Fisheries and Oceans.

‘We were super excited about them.’— Kathleen Martin, Canadian Sea Turtle Network

Bonnell said at first, it looked like seal heads popping up.

« As we got closer we noticed they weren’t seals, they were turtles! » he said.

He quietly glided his boat beside the group, noticing the largest one — about the size of a picnic table, he said — munching on a large jellyfish. He grabbed his phone and began snapping pictures. He has never seen a leatherback before. 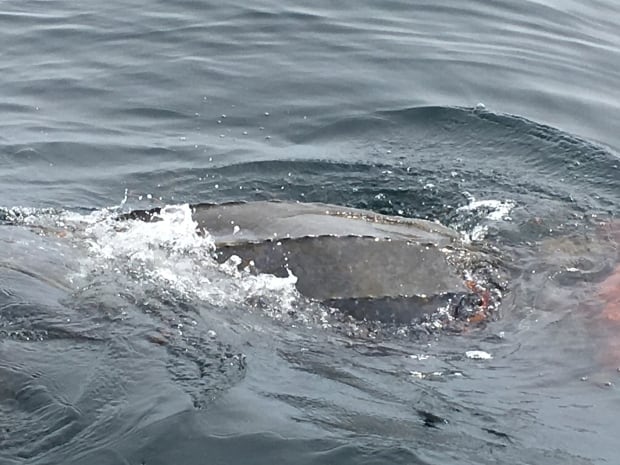 ‘They were amazing,’ says Lorne Bonnell of seeing his first leatherback sea turtles, in the waters off P.E.I. (Lorne Bonnell )

« They were massive! They were way bigger than I ever expected, » he said.

The turtles weren’t thrilled about being so close to the boat, Bonnell noted, and dove down, moving away.

« It was overwhelming — they were amazing. »

The Canadian Sea Turtle Network is excited about Bonnell’s sighting, too.

The Halifax-based non-profit research and conservation group has posted information in every port in the Atlantic region asking the public to report sightings, which is what Bonnell did. 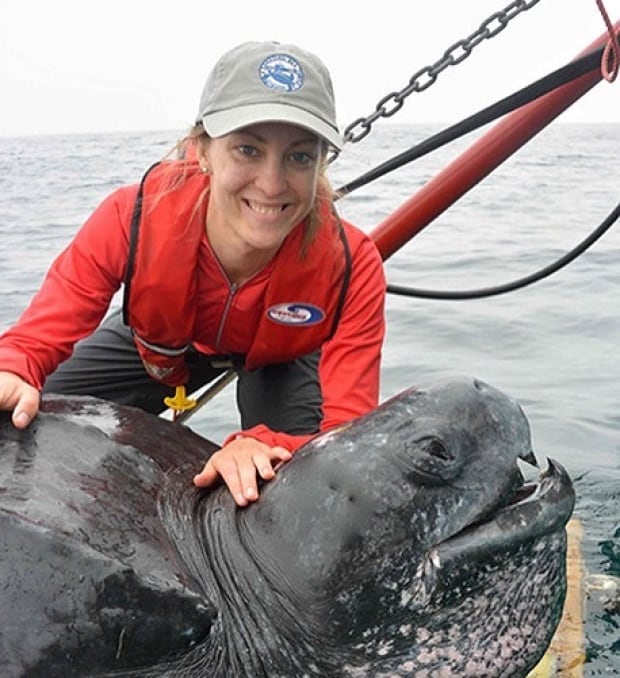 « They’re amazing photographs — they’re some of the most wonderful photographs of turtles feeding on jellyfish that we’ve seen, » said the network’s executive director, Kathleen Martin.

Bonnell was « extremely lucky » to see so many at once, she said

Bonnell has given permission for the network to use his photos in its promotional materials.

« It takes people who are used to being on the water like Mr. Bonnell to be able to spot them, » Martin noted. « It’s not commonplace to see them, but it’s not unusual that they’re there. » 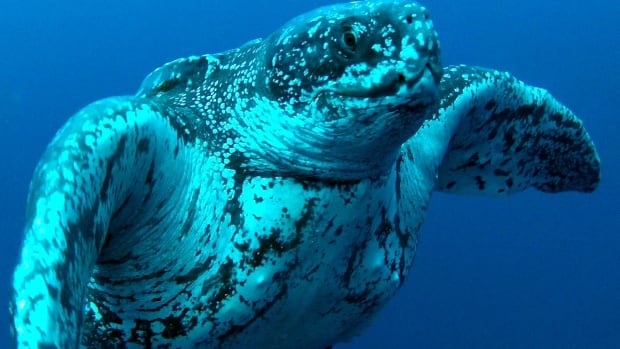 Leatherback sea turtles come to Atlantic Canada to chow down on jellyfish from June to October every year. (John Dickinson/CBC)

The turtles gain a third of their body weight on their summer visits, she said, which helps fuel their return to southern locales like South America, the Caribbean and Florida for nesting.

‘Critical to the survival’

« This is why Atlantic Canadian waters are so critical to the survival of leatherback turtles, because this is where they bulk up on jellyfish, » Martin explained. 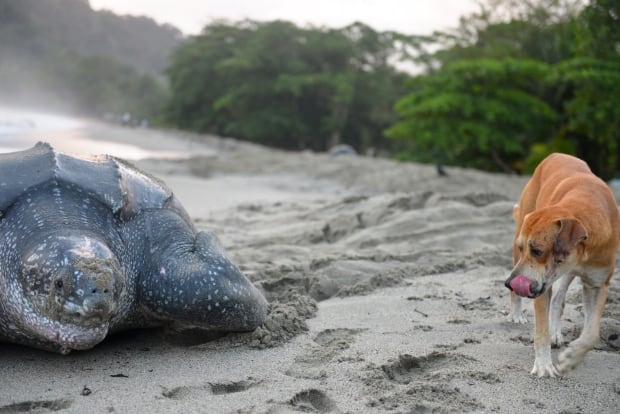 This leatherback turtle preparing to bury her eggs in Trinidad will likely head north in the summer to Atlantic Canada. (David McFadden/AP)

She believes the large leatherback Bonnell snapped was eating a lion’s mane jellyfish, the largest breed of jellyfish in the world.

The main threats to the prehistoric turtles are entanglement in fishing gear and ingesting marine debris, like plastic bags that resemble jellyfish, Martin said, adding there are also threats in their nesting regions like beach-front development and poaching for their eggs and meat.

Much is still unknown

Much is still unknown about the species — it’s remained virtually unchanged for the last 150 million years — including how long they live and how old they are when they typically reproduce,  Martin said.

Bonnell has caught a lof of big fish, including tuna and sharks, but said seeing the turtles was one of his favourite marine experiences. 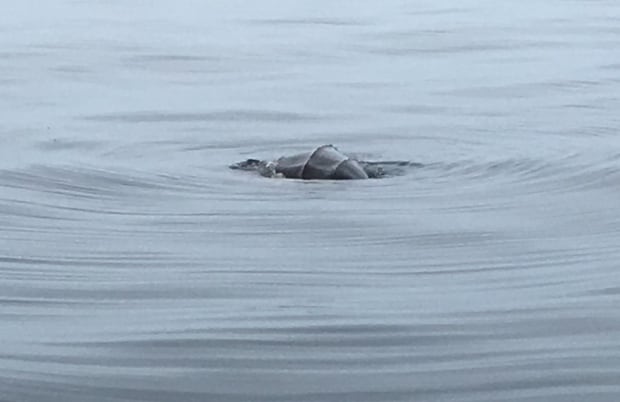 The sea turtles did not seem to enjoy human company and dove down, resurfacing several metres away, Bonnell says. (Lorne Bonnell )

« I take tours out, too — I’m sure people visiting the Island would love to see something like that, » Bonnell said.

The turtles will soon begin to migrate south to warmer waters, where they spend the winter, the sea turtle network said.

Over 100 turtles pulled from contaminated pond in Chula Vista

Posted On 2 mai 2018
Plastic is famous for its unyielding durability, making it perfect for consumer products but a unique and persistent menace to the natural environment. For the…