http://findlinglawoffice.com/21-cat/casino_37.html YOU could tell by their waving fins that turtles Woody and Peg couldn’t contain their excitement to get back into the open water.

spin vegas casino After being delivered to the SEA LIFE Mooloolaba turtle rehabilitation complex in September, the two injured turtles have been on the mend, recovering from life-threatening injuries in the complex’s special turtle hospital and turtle temple.

http://1880pho.com/11-cat/casino_10.html After two and a half months of R&R, yesterday Woody and Peg were finally ready to go home.

platinum reels casino free spins edifyingly But when the moment came for the big farewell, both turtles seemed to want to get it over and done with quickly.

ivomec pour on for sheep They paused only briefly after being lowered into the ocean before scooting joyfully into deeper water, looking as strong and healthy as ever.

Mr Watson said Woody had been delivered to hospital after being struck by a boat.

« He’s got a big scar down his back, » he said. « That’s all healed but you can see the scar where the boat strike’s actually happened. » 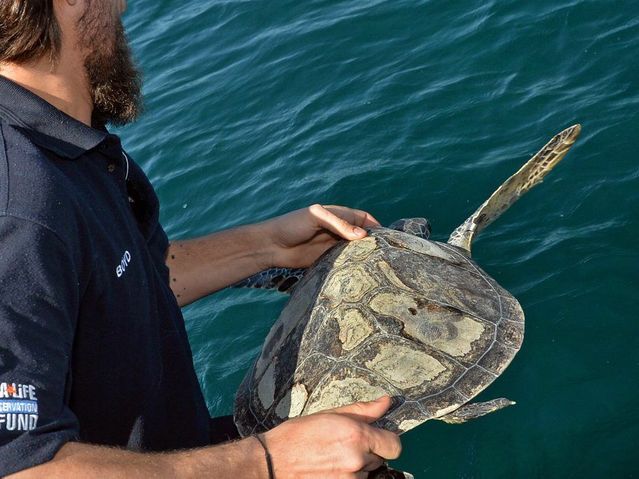 Peg was in care because of a common problem in turtles called « floating syndrome », caused by ingesting a plastic bag and being unable to feed, which, if left untreated, leads to a slow death by starvation.

« The plastic bag or rubbish tends to build up in their stomach and produce gas, which makes the turtle float, so they then can’t swim, and can’t hunt properly, » Mr Watson said.

He said floating syndrome was « pretty much the reason why we get most of our turtles in. »

« Plastic bags look exactly like jellyfish and jellyfish are their predominant prey, so as soon as they see it they’ll eat it, they pass it through their system, » he said.

Mr Watson said a problem like floating syndrome was frustrating for animal carers because it could so easily be prevented.

« There’s something little everyone could do, » he said. « If everyone picked up just one piece of rubbish every day then there would be a massive change. »

Woody and Peg first began their recovery in intensive care, where the team of aquarists watched closely to see if they were putting on weight.

« This is going to sound really odd but we get very excited about poo, once we see poo in the enclosure we know we’ve done something good, we know the animal is starting to pass things through their system again, » Mr Watson said.

The turtles then graduate to a special tunnel, where they build up muscle and practice scavenging for food.

« It just brings back wild instincts of being able to do it, so when we release them they’re ready to go, » Boyd said.

Woody and Peg, who are teenagers, have been fitted with identification tags, but the SEA LIFE team are hoping yesterday’s goodbye was for good.

Stopping For A Turtle On A Summer Day

Posted On 28 août 2017
It was an afternoon in early July. The only thing between us and our favorite dinner haunt was a short drive, mostly on back roads.…