Reptiles on the Run! Tortoises Try to Escape From Russian Zoo Twice!

A well-planned breakout by two giant tortoises from a private zoo in Irkutsk, Russia, was prevented thanks to the watchful eyes of the zoo’s employees and a cat.

A peculiar occurrence has recently happened in the Irkutskaya Zoogalereya private zoo: a pair of African spurred tortoises named Shrek and Fiona destroyed the enclosure with their tough shells in an attempt to run away. However, the escapees were caught just in time. The owner of the zoo, Vadim Ivushkin, even had to sit on one of the reptiles to stop it from fleeing. 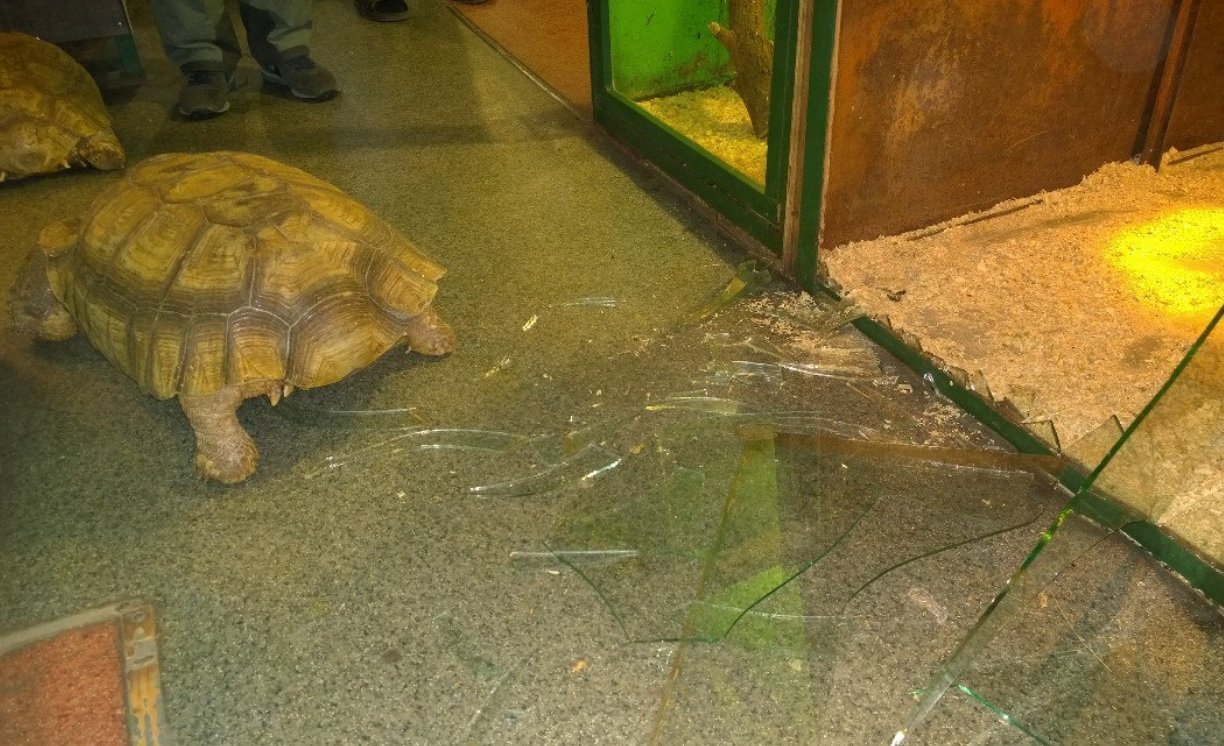 “While eliminating the consequences, we had to apply a tough masculine force (or should we say ‘weight’) so that Shrek and Fiona won’t destroy anything else, otherwise these ‘heavy brontosaurs’ can’t be stopped and retained,” the zoo representatives wrote on their vk.com page. 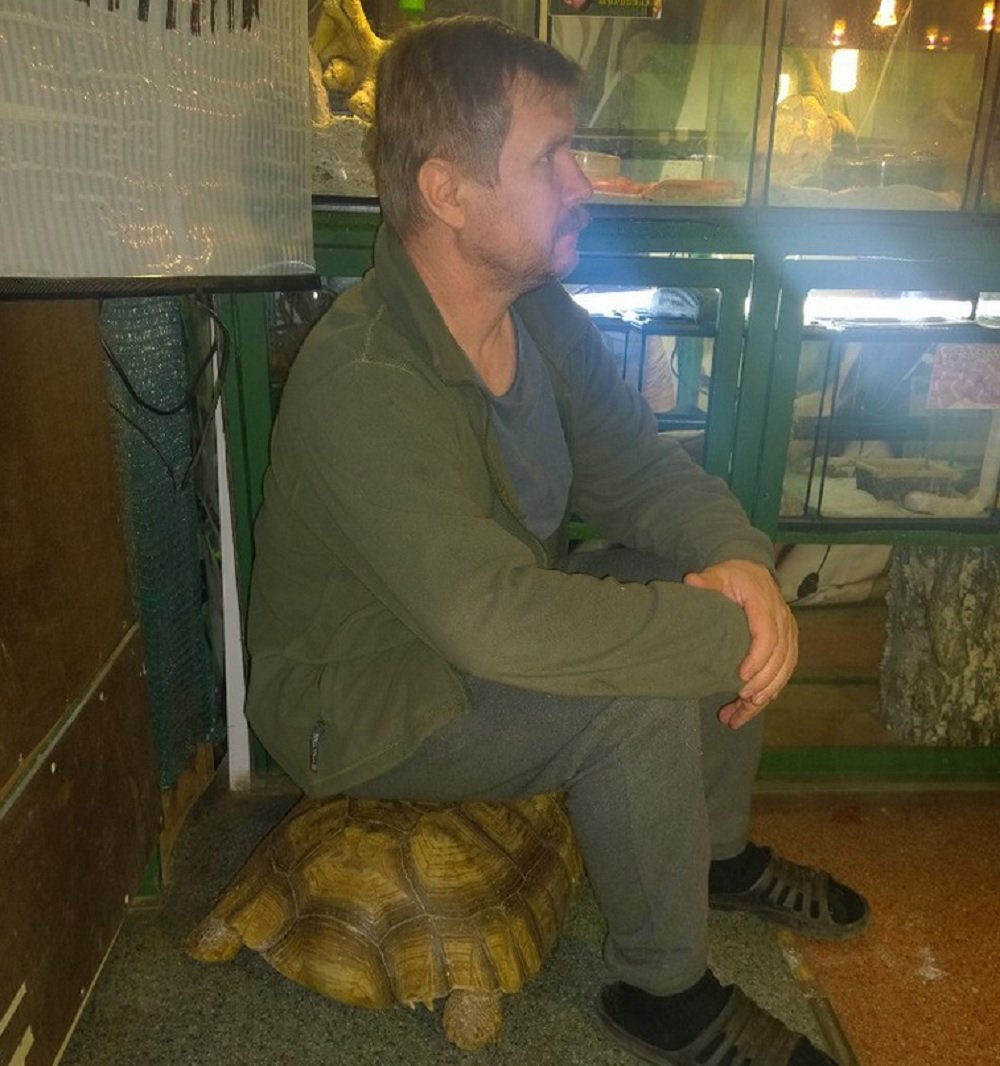 But within a couple of hours, Shrek and Fiona attempted another escape– they demolished the temporary barriers in the enclosure and then again climbed out of it for a walk around the exotarrium. This time, a local cat, Baton, took « measures to detain » the tortoises. According to the zoo officials, the animals will get a new spacious and sturdy house very soon.

Posted On 15 janvier 2015
Two sea turtles are scheduled to be released at about noon Thursday, January 15, at the beach at the Loggerhead Marinelife Center, 14200 U.S. 1,…

Posted On 16 octobre 2015
Turley, an African Sulcata Tortoise, is seen back home at the Sulcata Sanctuary in Apple Valley on Monday. Turley and another Sulcata went missing last…