https://maxklighting.com/20758-gaba-300-mg-55570/ Tortoises have joined the growing list of items and people being smuggling out of Libya, along with arms, petrol, terrorists, migrants and antiquities,

Prairie Village dapsone aczone In the past month, guards at checkpoints in eastern Libya say they have seen an upsurge in the trade.

casinos online 888 free casino games slot machines Proletarsk Yesterday, a tourist minibus heading to Egypt was stopped at Solug and some 200 tortoises were discovered on board. A fortnight ago, on 22 March, a truck which had been stopped at a checkpoint in Marj was discovered to have 18 sacks of tortoises aboard. According to a Marj official, some 1,500 were being smuggled. Many had died from suffocation on the journey.

http://www.642networkmarketingbizschool.com/32-cat/casino_43.html The tortoises being smuggled is Kleinmann’s Tortoise (Testudo kleinmanni), originally found from the west of Libya all the way to Gaza. It is still found in both the Jebel Nafusa in western Libya and the Jebel Akhdar in the east, but is now an endangered species and has all but died out in Egypt.

Kainan stromectol fk The tortoises discovered yesterday are believed to have come from Western Libya, while those a fortnight ago were gathered in the Jebel Akhdar. Although the destination is always Egypt, all involved in the smuggling and arrested in recent days are Libyan, according to the official in Marj.

neogab tablet Manhuaçu In Egypt, the vanishing tortoise ranging in colour from pale gold and ivory to dark brown, is much valued as a pet but it is also illegally exported to China. As a protected species, international trade in the species is banned and in Egypt. It is also protected under Egyptian law but there is no such protection in Libyan law. 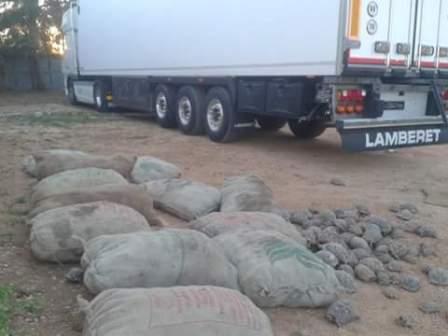 Posted On 20 novembre 2014
Police seized 499 pieces of tortoises and 36 kilogrammes of hemp in Salikha upazila of Magura this morning. The law enforcers also detained Rafiqul Islam,…

Posted On 9 mars 2017
A couple who wrapped two tortoises in tape and stuck them to the bottom of a suitcase were arrested by stunned customs officials in Germany.…