Aquatic turtles, like the snapping and painted, can be spotted almost daily from late winter through the following late fall at and in waters across Pennsylvania. Other species are much more common sights every June, as females trek overland to lay their eggs.

Pennsylvania is home to 13 or 14 species of turtle. Here’s a look at all of them. 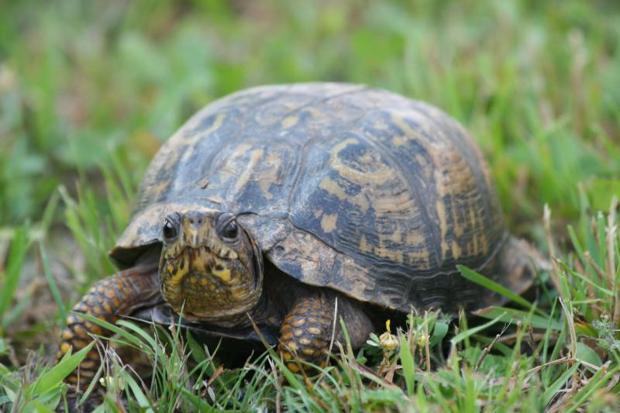 The eastern box turtle (Terrapene carolina carolina) may be the most familiar turtle in Pennsylvania. However, the species has been in decline for decades. In 2011, the International Union for Conservation of Nature downgraded the conservation status of the boxie from near threatened to vulnerable, noting that the population has dropped by nearly a third over three generations.

The eastern box turtle occurs throughout Pennsylvania and the rest of the eastern U.S. The 5- to 8-inch, hinge-shelled turtle is found in deciduous woodlands, old fields and pastures. 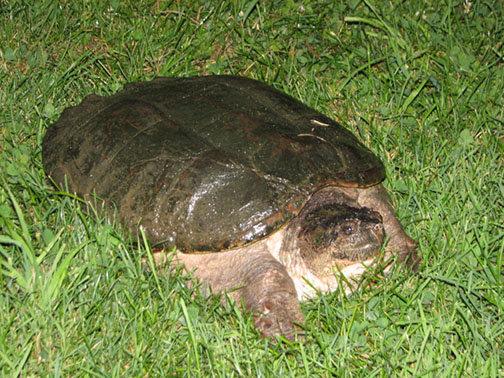 The snapping turtle (Chelydra serpentina) is the most widely feared and respected turtle in Pennsylvania, and for good reason. It can bite with nearly 150 pounds of force. And, as its Latin name reveals, the turtle’s neck allows it swing its head back along the sides of its shell.

The 8- to 20-inch turtle is abundant across all of Pennsylvania in nearly all freshwater habitat, from wetlands to streams and rivers to ponds and lakes. 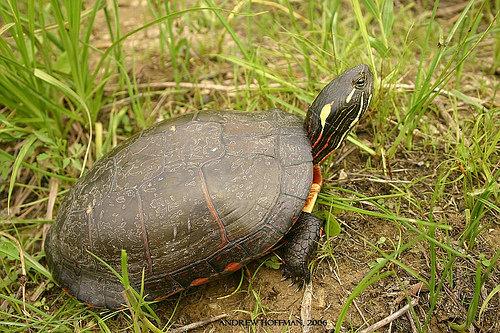 The midland painted turtle (Chrysemys picta marginata) is common across Pennsylvania and most of North America. It measures 4.5 to 8 inches. The midland is found in most aquatic habitats, but generally not in fast-moving streams or waters without vegetation. It is most often spotted while basking on logs, stumps or rocks. 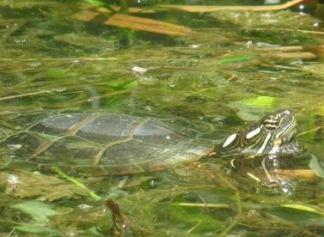 The closely related eastern painted turtle (Chrysemys picta picta) is similar to the midland, in size, appearance, range and habitat preference. The two subspecies can be differentiated by the seams of the shells, which align in the eastern but not in the midland, and have a lighter border in the eastern.

Populations of both the eastern and midland painted turtles are being impacted by non-native red-eared sliders that have been released into the wild from the pet trade.