stromectol poux sans ordonnance Nangi The turtles are synonymous with Fijian culture and history and are a vital part of our coral reefs ecosystems. 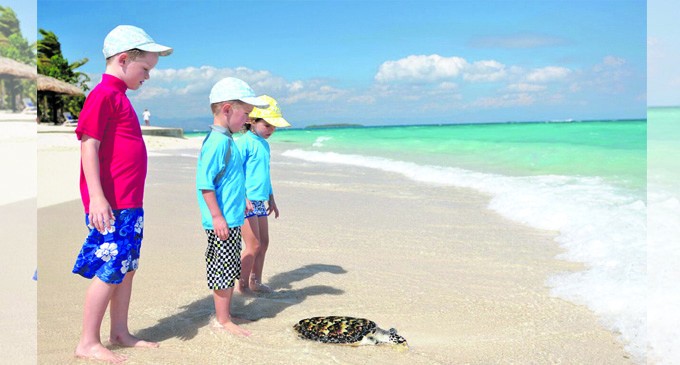 gralise 600 mg The resort has been an advocate for the protection of Hawksbill Turtles and the island has become a sanctuary for these majestic sea creatures.

A full-time environmental officer and dedicated environmental team have been employed to run our Hawksbill Turtle Conservation Programme, among other projects.

The resort has released hundreds of turtles back into the wild each year and has incorporated their guests into the programme.

Turtle Island Resort’s newly appointed general manager Craig Powell and Executive Assistant Manager Sophie Clay were ecstatic over this partnership and have developed a following with the returnees.

With the success of the programme, Mr Powell said this has had a rippling effect with other resorts in the Mamanuca Group, which were now following suit.

The Hawksbill Turtle nesting season in Fiji can run from October to June each year, one of the longer nesting seasons for marine turtles. The resort continually keeps an eye out for new nests.

Once a nest has been identified, they place a small fence around and monitor it. When the eggs hatch they place the hatchlings in one of our turtle ponds where they care for them until they are less vulnerable.

The turtles are then released back into the wild in small batches between six months and 24 months old which is known as a Hatchling Headstart Programme.

The renowned tourist destination is one of the very few resorts in Fiji that have the necessary permits from the Department of Fisheries to keep turtles for conservation purposes.

One success story is a turtle named Adi Mamanuca who hatched on Treasure Island. She was released with a satellite tag in 2008 and her journey was tracked for 270 days when her signal was lost. She recently returned to the resort’s sister island Bounty where they were able to record the sighting and start tracking her again.

For Ms Clay, who oversees much of the conservation of all wildlife on the island along with Mr Powell and the team, the satisfaction is the effect it has had on tourists.

Posted On 6 novembre 2015
The plaintiffs are Green Sea Turtle, Loggerhead Sea Turtle and Leatherback Sea Turtle, and they're suing over what a lawyer calls disruptive beach practices…

Posted On 28 juillet 2015
Three Kemp's ridley sea turtles hit the surf at Ocean City Monday morning, returned to the wild by the National Aquarium after a prolonged rehabilitation.…

Posted On 28 septembre 2016
With kids back in school, it’s a good time for families to sit down together to learn about the sea turtles nesting on Florida beaches,…