Athol police find and return 40-pound tortoise to its owner

It had run away at turtle speed.

Athol police found a 40-pound African spurred tortoise on Sunday evening and returned it to its owner.

A police officer found the 6-year-old reptile on Partridgeville Road shortly after 6:30 p.m. and lured it closer with lettuce, police said in a statement.

After a short investigation, police learned the tortoise belonged to an Athol resident who lived more than a mile away from where the animal was found.

Athol police coordinated with the New England Aquarium, Massachusetts Environmental Police, and Animal Control to return the tortoise its owner.

Alejandro Serrano can be reached at alejandro.serrano@globe.com. 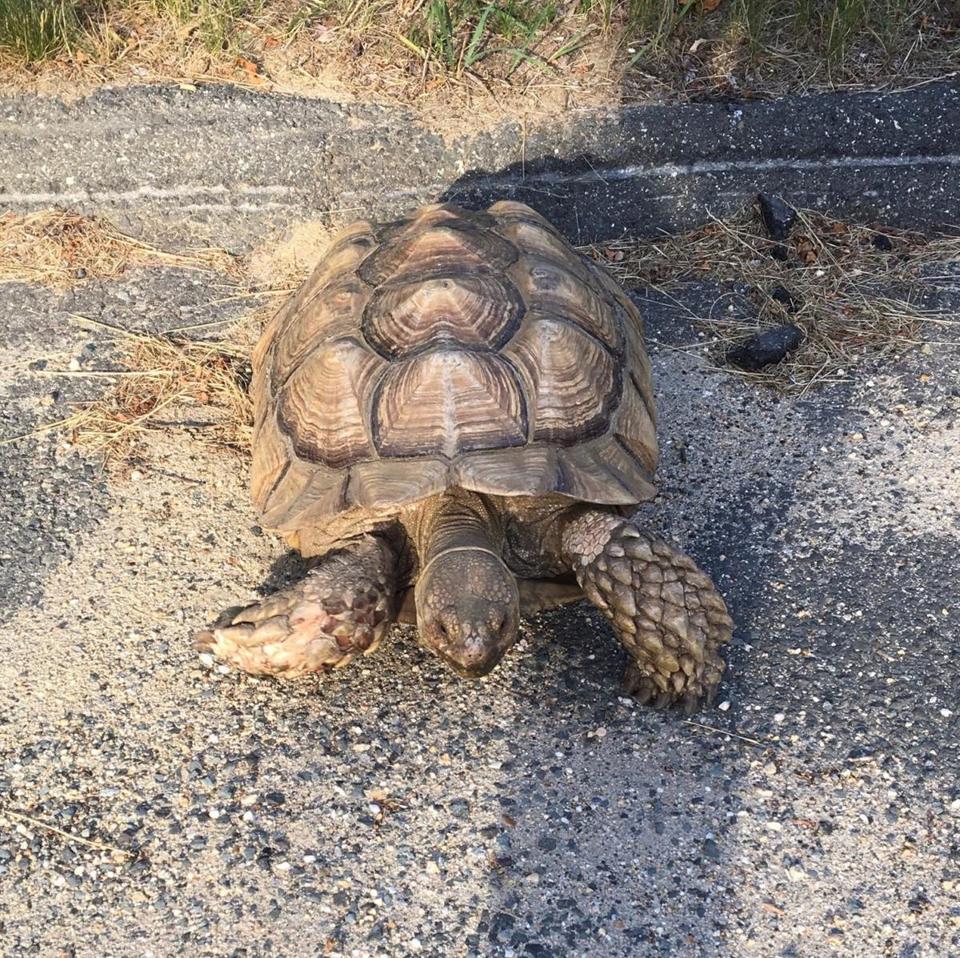 Posted On 17 octobre 2017
Jason Ruiter Contact Reporter Orlando Sentinel What was a tortoise native to the Sahara Desert doing in the streets of Mount Dora? City officials would like to know.…

KP students come to the rescue of sea turtles

Posted On 15 décembre 2016
King Philip High School students Alexandra Welch, 16, and Abby Melanson, 16, collaborated to create a "Tide Together" project as part of an effort to…