Volunteers at the Mersey Tobeatic Research Institute (MTRI) are celebrating their most recent discovery: a new population of endangered Blanding’s turtles in southern Nova Scotia near Kejimkujik National Park.

The group, along with various local conservationists, have been monitoring the area’s turtle populations since 1987. The latest discovery represents the fourth known population of Blanding’s turtles in Nova Scotia.

It could include anywhere between 100 and 200 adults. 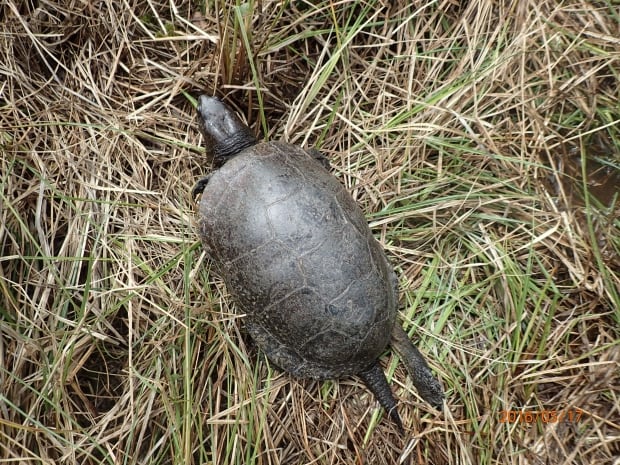 This is one of between 100 and 200 Blanding’s turtles that live near Kejimkujik National Park. (Diane Clapp)

Tom Herman is on the institute’s board of directors and has co-chaired a Blanding’s turtle recovery team since 1993. He calls this latest discovery of turtles, which are geographically separated from any known others, « extraordinary. »

« Until last fall, we were aware of three populations in Nova Scotia, » he told CBC Radio’s Mainstreet in Halifax. « So this additional population is a significant find. »

The knowledge of a fourth population first came to MTRI’s attention after a local fisherman reported sightings of Blanding’s turtles last fall. 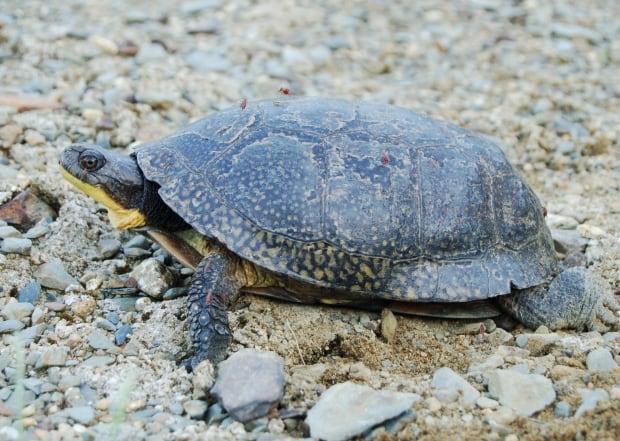 The institute has identified 31 adults to date. (Jeffie McNeil)

Herman credits « hardcore » MTRI volunteers like Harold and Diane Clapp, who discovered nearly all of the Blanding’s turtles in the newly established population. « It’s painstakingly slow work, it’s an acquired taste, but we’ve benefited from having an enormous body of volunteers, » he says.

MTRI have identified 31 adults to date, which Herman says is a significant number after only a few months of looking. « To find that many turtles that quickly, it means this is a considerable population, » he says.

« Sometimes it’s right under our noses, but it’s not for a lack of looking »

Blanding’s turtles are one of the four species of turtle found in Nova Scotia, and are by far the most endangered. Herman says roadside accidents and the vulnerability of turtle eggs to heat and raccoons are the biggest threats to Blanding’s turtles.

However, he adds that the unique life cycles of Blanding’s turtles also present conservation challenges. 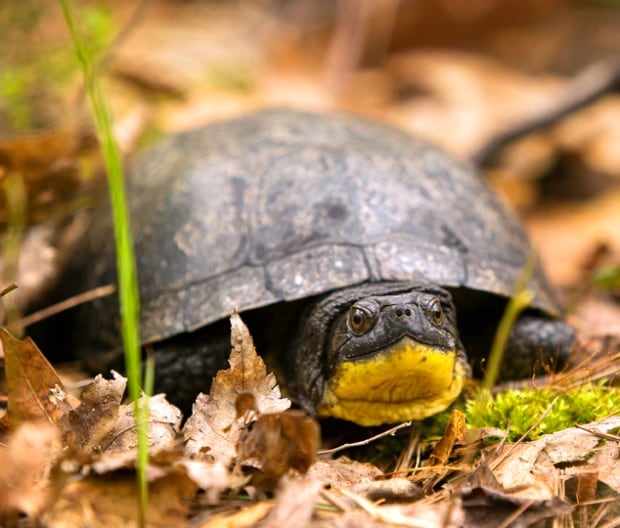 Blanding’s turtles can live up to 70 years. (Jason Headley)

« Blanding’s take 20 years to mature, which means they have to survive that long before they can reproduce, » he says.

After that, Herman says the turtles can then mate, procreate and live up to 70 years or more. « They’re capable of breeding, and in fact get more fertile, into old age, » he says.

But with long lifespans, Blanding’s are severely vulnerable to changes in their habitat. 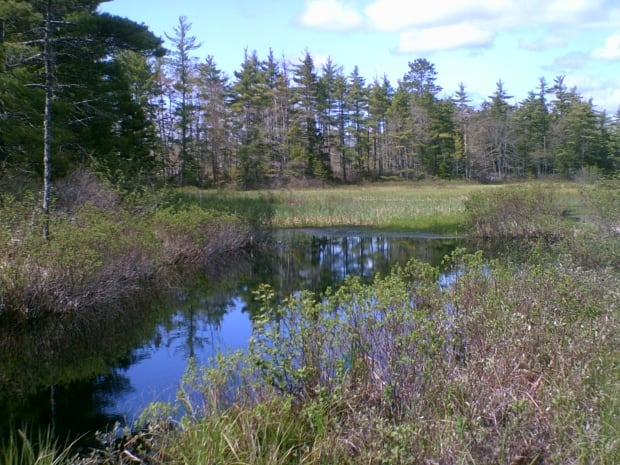 Human interference, such as building roads, can interfere with the turtles’ habitat. (James Neish)

« Blanding’s make complicated maps in their heads of nesting sites, and will use [them] over decades, » Herman said. When human activity interferes with their habitat, such as building roads across their « mind maps, » the turtles’ reproductive cycles and population survival can be harshly affected.

Posted On 2 juillet 2018
MELEAH MAYNARD / MELEAH@SLOWDOG.COM Nature is wondrous, but it can also be very cruel. Spend 10 minutes watching a David Attenborough show and some poor, hapless…