A Caledonia man was driving near his home on June 6 when he had an encounter with a prehistoric-looking creature bigger than any he’d ever seen in the wild.

« I was going to my parents’ house Saturday morning, » Rick Conner said. « He was just walking down the road like a ninja turtle. That was the biggest turtle I’ve ever seen except in a zoo. » 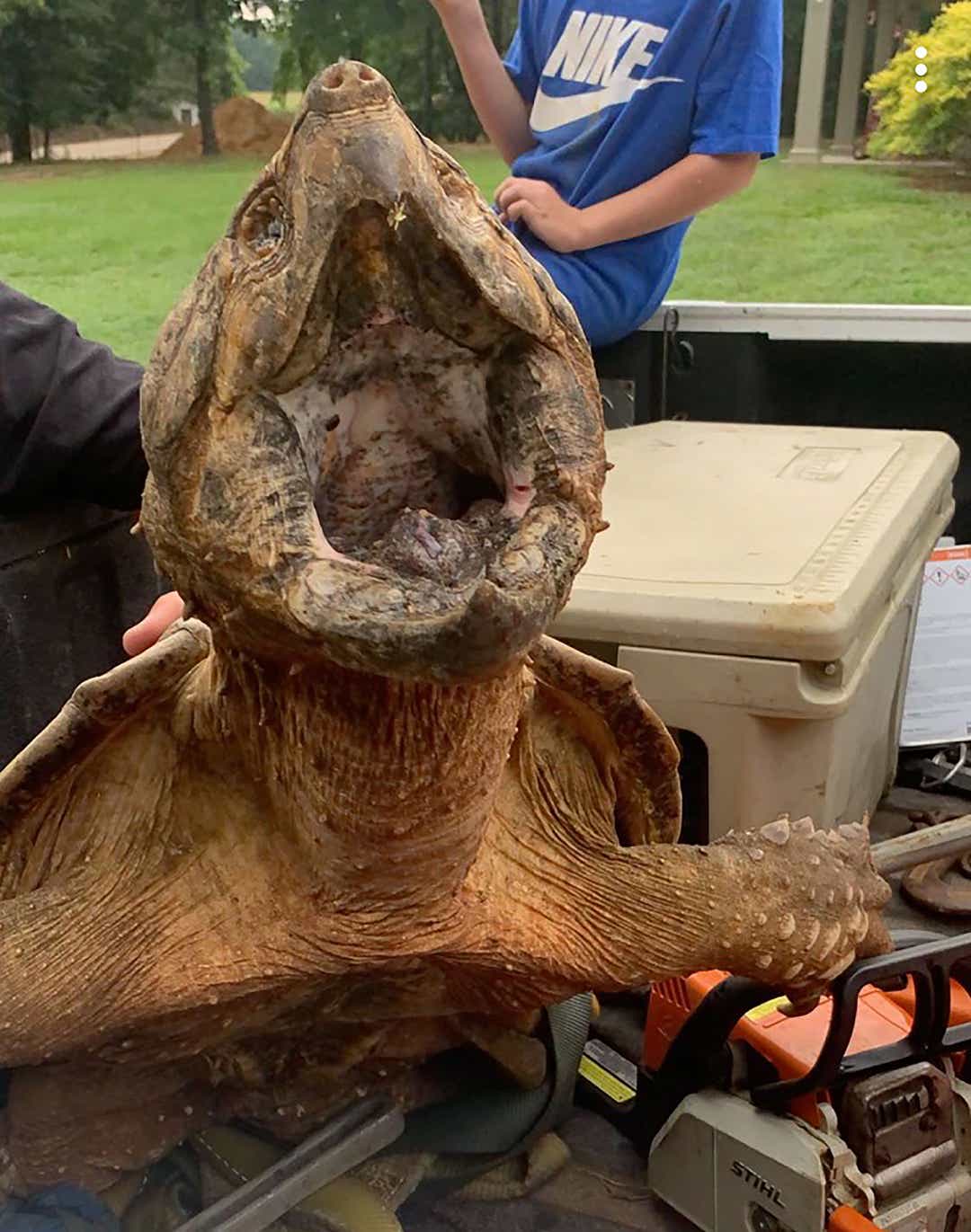 Ricky Conner said the the mouth of the 70-pound alligator snapping turtle he caught was so large a softball would easaily fit in it.
Special to Clarion Ledger

The turtle was an alligator snapping turtle — known for their powerful jaws and wicked beaks. Although uneasy about it, Conner decided to catch it.

« It made me nervous, » Conner said. « His mouth, I could put my whole bicep in it it was so big. I figured if I could get behind it and I could catch it. »

So, Conner grabbed the turtle by the shell, but he didn’t hold him any longer than necessary.

« I just went fast so he didn’t have time to hit me, » Conner said. « My adrenalin was pumping when I first picked it up.

Conner said he’s always liked animals and was especially curious about this one, so he took it home. Then he took measurements. 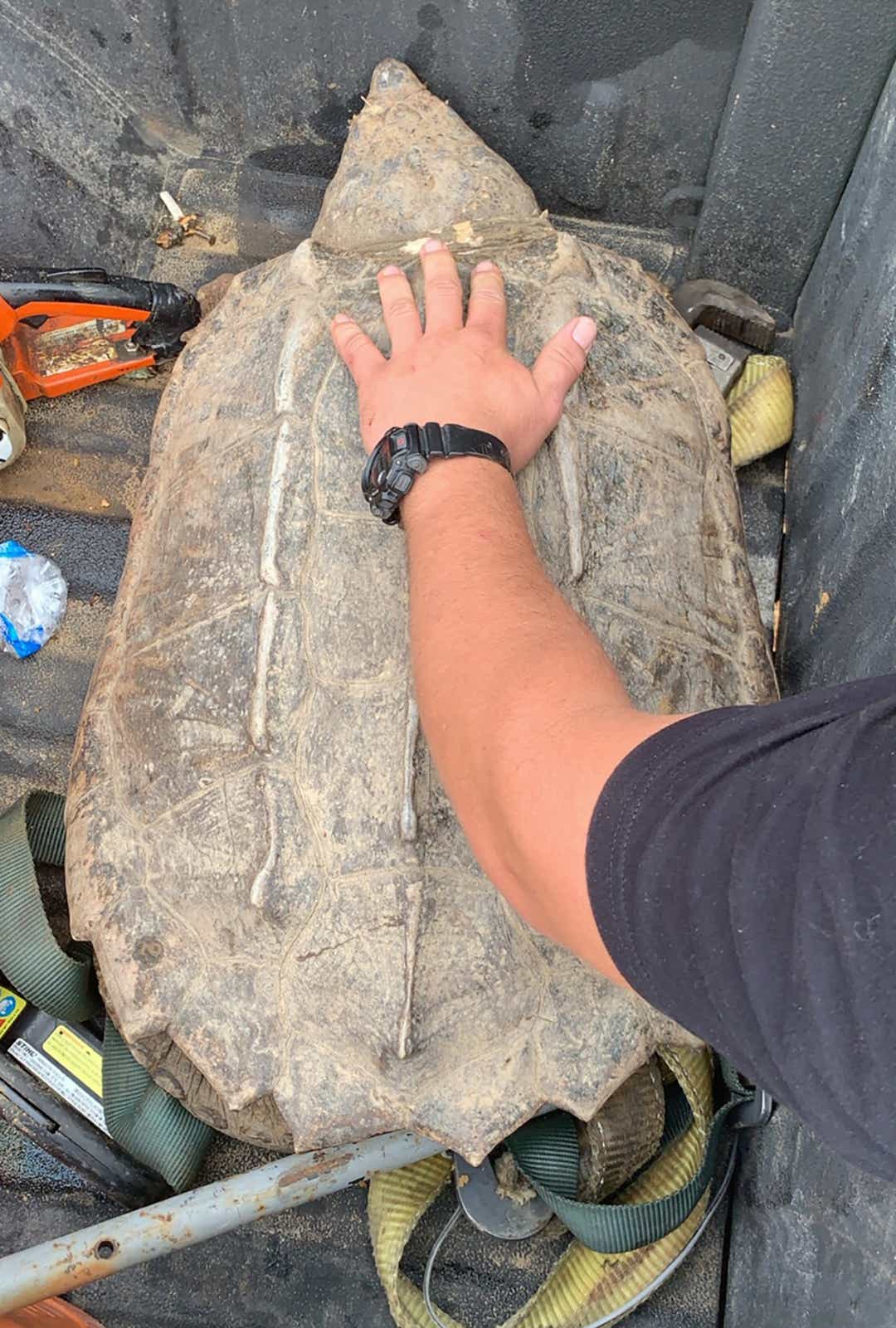 « He was 21 inches from the top of the shell to the back of the shell, » Conner said. « His head was seven inches across.

« You could have easily put a softball in his mouth. I tried to measure his tail, but I couldn’t pull it out. You’d be surprised how strong the tail is. »

Conner also decided to weigh the turtle, albeit in a somewhat unconventional fashion. Conner stood on a bathroom scale and weighed himself, then stood on the scale while holding the turtle and subtracted to get the difference.

‘You could tell it was bone cracking’: Alligator kills Mississippi woman’s dog

A rarity in Mississippi

« Probably, out of the 300, it would be maybe 35 over 50 pounds, » Pearson said. « It’s a pretty low percentage compared to other states that have been surveyed. The average is 11 pounds, so it’s relatively small. »

However, the population of young turtles in Mississippi looks better than some other places.

« We’re actually finding more juveniles in Mississippi than in other states, » Pearson said. « We do have reproduction.

« We have plenty of babies around. What we’re missing are the large adults. We don’t know what’s going on there. Anything over 70 pounds is rare for me to catch. They just don’t seem to be abundant. »

Fortunately for the giant turtle Conner caught, he is alive and well today.

Filthy Mumbai beach rebreeds turtles, thanks to a city lawyer

Posted On 16 mars 2017
Being the 50 per cent in mating nd nesting of world's Olive Ridley turtles, questions raised on the safety of the turtles in the state.…