Walking A Tortoise – The Latest Fad

Walking pets is so common that we hardly ever give it a second look.

But a new trend has taken the Internet by storm — walking a tortoise! 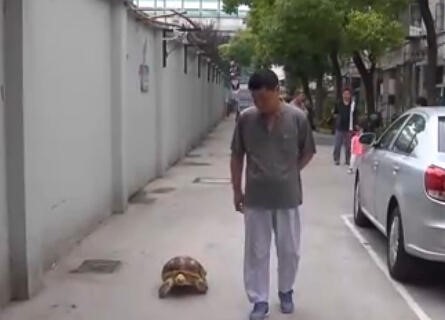 Recently, an elderly man was seen walking his tortoise in a community in Yangpu District of Shanghai. According to the man, surnamed Yang, the tortoise was 7 years old and weighed 15kgs. It was 40cms long and 25cms wide, STV reported. 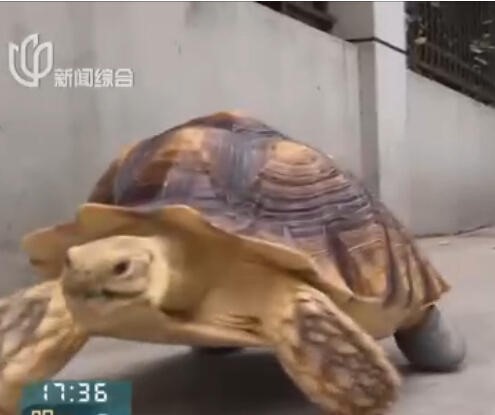 Its back was a curved black-and-brown shell. 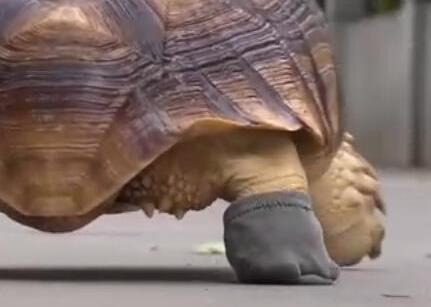 It even had a pair of shoes on its hind feet!

Yang said the male tortoise always strolled along with him.

He is not alone! 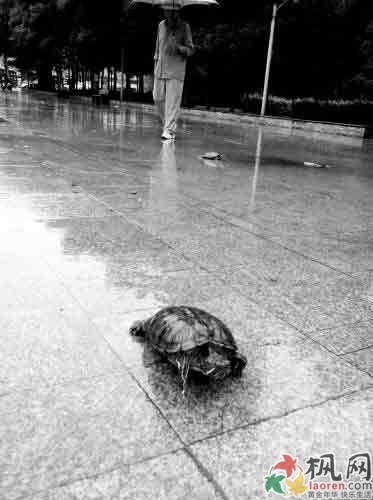 In Shenyang, Liaoning Province, another elderly man, surnamed Wang, was seen walking his three tortoises. He even had a special rope made of tape to watch over his pets.

Wang first got a tortoise in 2003 as a gift. He initially planned to groom it and then sell it but ended up buying two more to give it company.

The tortoises are sheltered in boxes. Wang worked out a diet for them that includes pakchoi and watermelon. 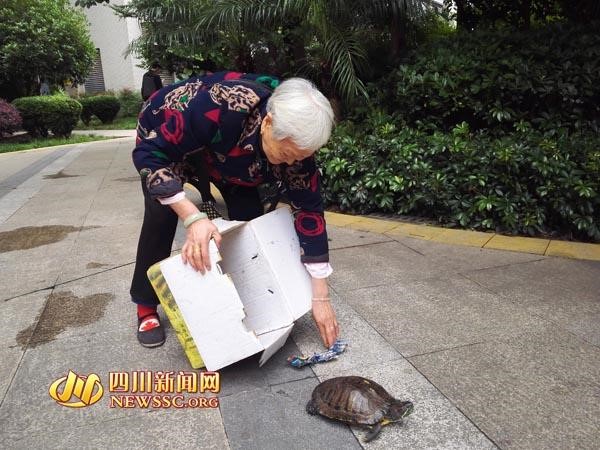 Tortoises are more than just pets for some people.

In Sichuan Province, Granny Yang is a frequent “tortoise-walker.”

Yang said the tortoise gives her company and warms her heart. In the morning, they wake her up like an alarm clock.

She takes good care of them. To find out what food clicks with them, Yang experimented with all kinds of food. Now she treats her tortoise with a mixture of grounded food.

Galápagos giant tortoises show that in evolution, slow and steady gets you places

Posted On 1 mars 2017
Giant tortoises may not seem like high achievers, but their remarkable spread and diversification indicate otherwise “As I was walking along I met two large…